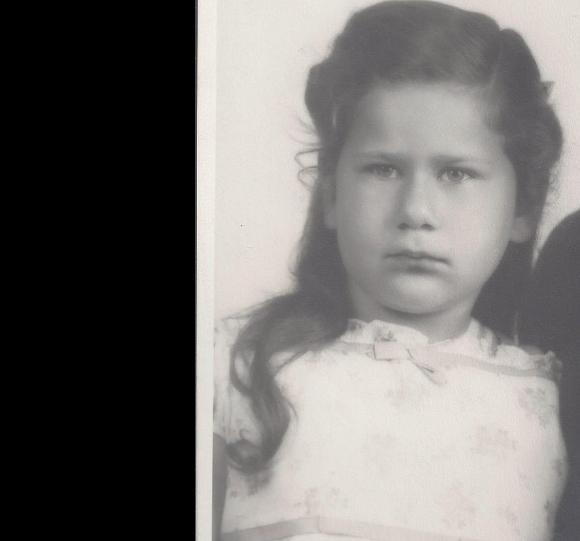 I attended my parent's friend's 90th birthday party last night.  My parents and they were neighbors in their first apartment on Cortelyou Road.  Both women were pregnant with their first children around the same time.  The friend gave birth to her first daughter in July 1957; my mother gave birth to her son in September, 1957.  In time, the friend's moved to a rowhouse in Brooklyn; my parents to a house in NJ.  They stayed in touch throughout the  year and visited each other regularly.  The husband did my parent's taxes until my  mother moved into her first senile residence.

The friends are also senile.  In the woman's case, she had a gamma knife procedure about seven years ago and never recovered.  The gamma knife is heralded as a bloodless, non-surgical procedure.  It is given in the surgeon's office and there is no recovery time.  Hah.  This friend lost her mind, alongside the cancer cells during this procedure and my mother lost her friend. Before my mother's knee operation, she mourned the loss of her friend.  "Before, they would have gone through the operation together and discussed procedures.  Now, the friend is gone.  Since the knife, her short-term memory  never recovered.  Talking to her is like riding a never ending carousal.  Her mind goes around in loops and you can never get off the ride.  She asks the same questions over and over again.  Even with my mother, she just says, "Are you making friends?" "Why don't you join the Hadassah?"  Over and over.  Each time, as if the last time didn't happen.   As for the husband, according to the first born, "he has never taken care of anything in his life."  I guess he was just the worker.  The friend's wish to stay in their rowhouse in Brooklyn, but the children are united that this cannot be the case.  So the oldsters rotate their time between their daughter's in Long Island, and some time in the house, where a caretaker resides in the basement apartment.  Apparently, the children are claiming their parent's aren't eating right and aren't caring for the house properly.   They have hired a caretaker to live in the basement apartment, and how much their parent's understand this varies.  The friend told me some wild story about how one day, a social worker named Tammy just knocked on their door, barged in, and said, "Old people don't eat right.  Can I see your refrigerator?"  They refused and showed her the door.  According to the eldest, there's more to the story than that, because this very same Tammy is the caretaker, who now lives rent free in the basement.  The children are united that they don't want the house vacant most of the time, just because their mother is "stubborn" and doesn't want to sell the house, move into an assisted living, or live with one of them.  My mother's friend doesn't like this arrangment.  She wants to go "home."  The father seems okay with this.  On the other hand, I notice the children are now reminding their parents to go to the bathroom too.

The word "stubborn" came up because my mother is still considered a best friend.  I told them my mother is constantly complaining she can't get hold of them because they gave up their land line and only have cells.  And the friend can't hear her cell if she doesn't have it on her person, and neither of them can figure out how to use the message function.  I said to my mother, "Give it up.  That's not going to change.  They rotate their time between the daughter's on Long Island and they both have landlines.  Just call the daughter's houses and talk to them there.  Or the daughter can tell you which child has them and you can call them there.  "No," says Sylvia.  Who also won't tell them or anyone her current phone number.  Her control--she does the calling.

She was always rigid and now (oops, first I typed no, so contagious is that word) she is even more so.  As I wrote before, she refuses to make choices and Glenn just "respects her wishes."  This is the key difference between the friend's children and us--their children are united and agree that the parent's choices cannot be respected because it is harmful and unrealistic.  Glenn and I are not  united, and Glenn is just smug and will not listen.  As I wrote, he just gets that male menace tone in his voice and threatens to end the conversation.  He is the one making all the decisions and I am in disagreement.

People infantilize their aging parents and that is not right.  The friend's children call their mother "stubborn."  That is not right.  I sometimes think of Sylvia as going through the "terrible twos" she couldn't experience as a child.  But that isn't right either.  For one thing, a two year old's brain is still developing, still myelinizing.  They are learning and part of learning is concretizing.  The early steps are all about rigidity, stubborness if you will.  But neurological development marches on, skips ahead, and results in increasing skills and with that, flexibility.  My mother's brain is inexorably winding down,  It will never become more flexible.  Especially since all that respecting is just increasing her anxiety.  No one respects a two year olds wishes and choices.  Usually you just distract them and do the responsible thing.

I am totally stressed out.  I have started calling car services more and more.  I at first thought my mother would offer to pay for them, as she has in the past when I worked very late.  This time she didn't offer and I asked.  "No.'  I decided to get their friend a gift certificate to the restaurant the simcha was held in.  She didn't offer to pay and I asked.  "No," saith Sylvia.  "They didn't remember my birthday."

This is not my mother.  My mother wants me to take car services late at night, and will pay for this.  Now she doesn't care about my stress.  I can't infantilize and I can't cope.