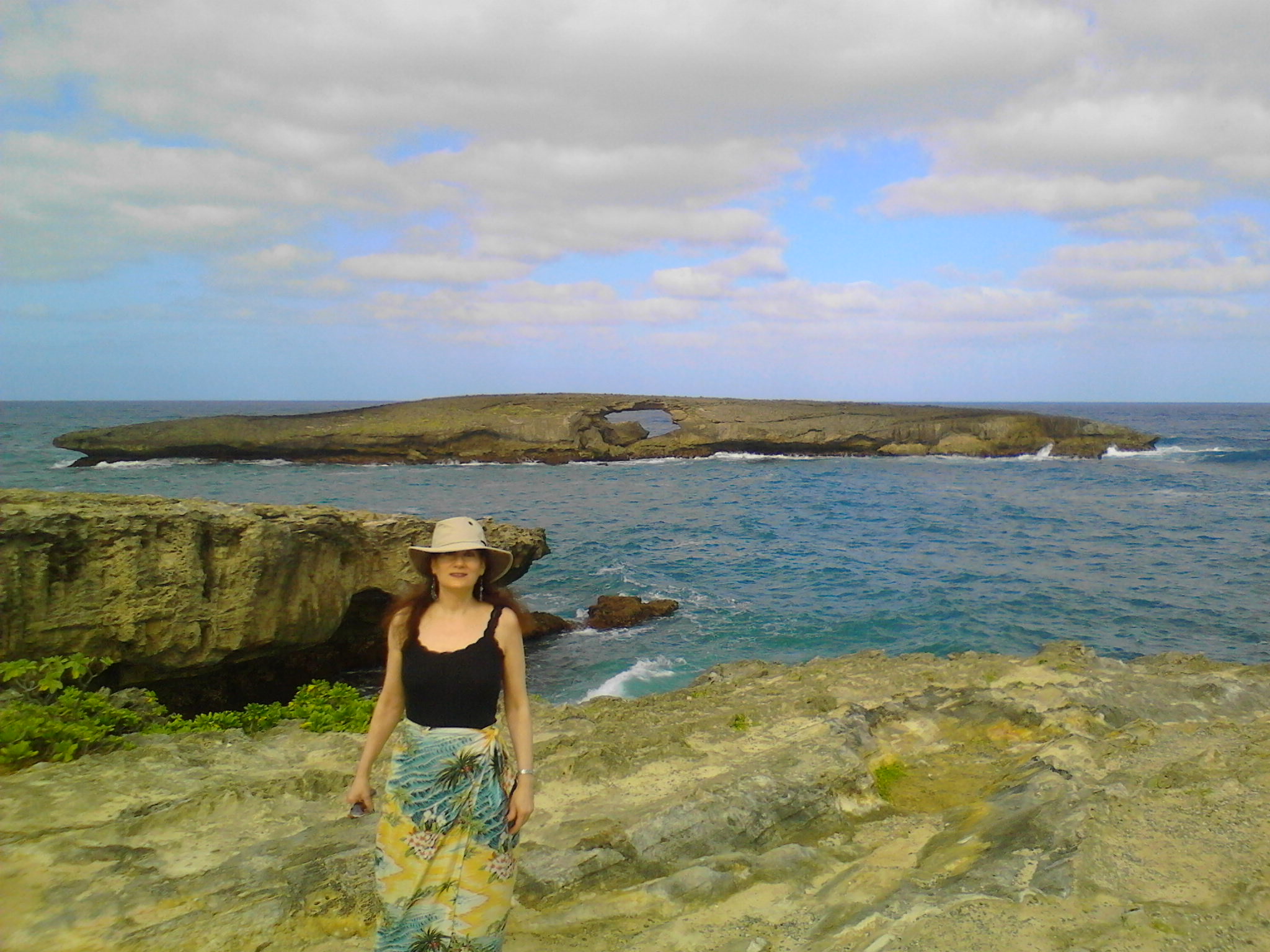 Dr. Sharon R. Kahn is a licensed psychologist who resides and practices in New York City.  I deplore the massive shift in the conduct of psychotherapy to that which operates akin to the equivalent of a sweatshop, where psychologists are debased into providers who no longer mutually plan the dosage of treatment with the client, but are forced to give all clients half an hour, twice a month.  As Ferenczi once said, "Who is crazy, us or the patient."  He too deplored the setting of 19th Century psychoanalysis and the idea of a "blank screen."  He oversaw the rise of clinics, which at that time gave clinic patients the same dose of treatment as private patients, albeit in more austere settings.

So much of the praxis of therapy has been debased, by both psychologists and their patients.  I only conduct psychotherapy if I believe that I could offer something to a potential client.  I round out my day by conducting evaluations for Workers' Compensation, for Social Security, and for private lawyers.  I conduct research on PTSD, ADHD, single-payer treatment, and the roots of psychotherapy.  You can view my works under the publications and presentations tab.  You can learn more about my current concerns in my blog.

NYCPsych.com is hosted by Sharon R. Kahn, Ph.D. The purpose of this web site is to restore the functional art of contemplation back into the science of psychology. We should not forget that the roots of psychology began with applied introspection. And yet, contemplation, introspection, or the occasional interior monologue are derided and derailed in contemporary American society, as they have little to do with the serious business of making and getting money.      Even psychotherapy, that last bastion of serious reflection in the presence of an interested other, has been conquered and enslaved by market forces. Contemplation is not a disease and truly contemplative individuals should not be forced to bow to its lash of rationed reimbursement.       Here there is no urgency, no threat of third-party punishment. On this site, one can ask questions about psychology, contemplate the contemplations, and achieve insights from such activities. This is not a psychotherapy site. Please do not ask me to give you advice, as human interactions are too complex to be worthily encapsulated on a computer screen and jettisoned into Internet sites, byte by byte. The person-to-person interaction offers the crux by which interpersonal learning occurs.  Please contact me if you come to believe that I am a person who can offer you the crux for such learning, such contemplation, such pre-change, change, or post-change adaptations.

Though this is not a psychotherapy site, this can be a safe place to foster thoughtful dialogue about psychology, etc.  I am inspired by the Zen Buddhist philosophy as expressed in the following thought: "For if the wind were to stop blowing so that we could catch it, it would no longer be the wind.  Life is elusive iin the same way.  We try to stop it, to preserve it, to understand it, to define it, so that we can repeat its happy moments and to avoid its sad ones.  But life moves on and our efforts to hold it are unsuccessful.  What brings happiness one day may bring sorrow the next.  Those who try to possess it merely enslave themselves to their own illusions.  But the face of the matter is that life has no...logic.  We merely impose a logic on it." 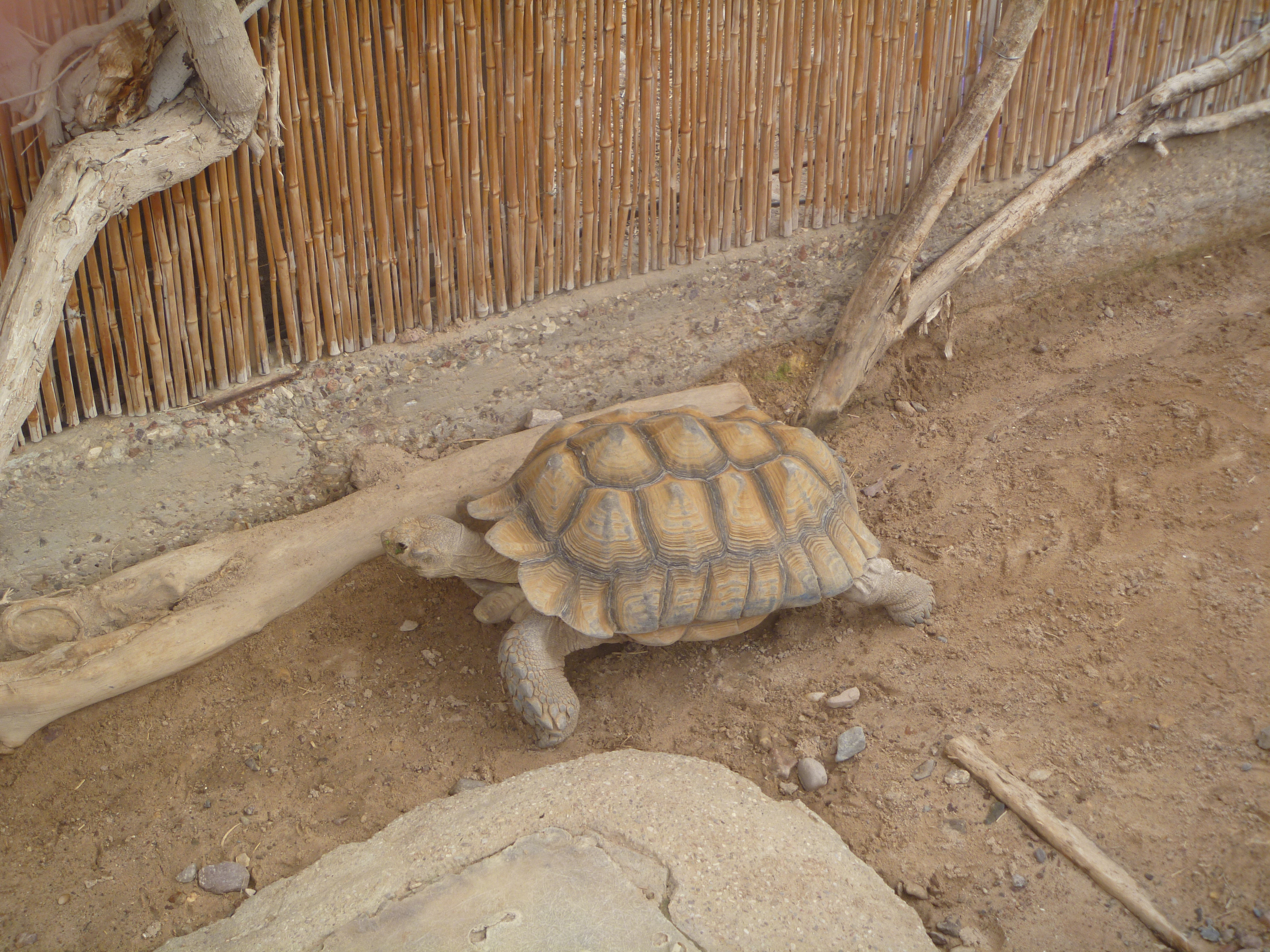 I welcome any questions about psychology and am willing to provide general advice and offer references for further understanding.  Not only can we dialogue, but we can create a meta-dialogue, where your thoughts form blog topics.   If you wish to commence a dialogue with me, please go to the Contact Me tab.  The rest is routine.

Who are these women on the home page?

Groucho Marx, Friedrich Nietzsche, Shammai,  and Oscar Wilde need no introduction.  So I will not at this juncture.

Emma Goldman, Clara Lemlich, Rosa Luxembourg, and Bertha Pappenheim are all women deserving volumes of exploration, if not screenplays and posh Merchant/Ivory movies.  All were probably quite unlikeable in their day.

Emma Goldman was an anarchist.  Not a socialist.  Not a suffragette.  An anarchist.  She loved Alexander Berkman, another anarchist--the real bomb thrower to the capitalists type. Goldman, at some point after Berkman's death, disavowed bomb throwing (innocents might be harmed). However, to the end, she maintained that anarchy would save the world and rid it of criminality.  She was against socialism and women's suffrage (if women could hold public office, they would be not better than men).  The only women deserving of the vote were those "heroic Soviet women."  Despite her adulation of Soviet women, Goldman kept returning to NYC like the proverbial bad penny, despite repeated deportation by the Feds.  Oh, those porous sea wall borders of the era.

Clara Lemlich was a Jewish immigrant who incited sweatshop workers to strike against managment, despite beatings and imprisonment.  Her leadership helped form the International Ladies Garment Worker's Union.  At a 1910 rally for the Shirtwaist workers, she cried, "I have no more patience...I move we go on a general strike."  And the crowd went wild.  She was a spark who lit the fire.  The next day,  20,000 shirtwaist workers walked out from their factories, with no assurance of any future save that what starvation would bring.    They found themselves harassed by prostitutes and their pimps, hired thugs, unemployed boxers, and the NYC police.    When arrested, no sympathy was shown by judges, doctors, or the mayor.  Within 48 hours, the smaller shirt waist factory bosses allowed their workers to unionize.   But the majority of the workers remained on strike.   And they persisted.  And then the beauteous daughters of the elite, members of Mrs. Astor's 400 joined them in female unity, they found the while the factory bosses remained obdurate, the NYC policemen no longer beat them, and hired thugs no longer waylaid them.  And finally, most of the bigger factories yielded and allowed their workers to unionize.   Sadly, one of the factories that gave concessions but not unions was the Triangle Shirtwaist Factory.  Four months after the strike, it went up in smoke, an accident of an errant cigarette.

Rosa Luxembourg was a Polish journalist, a pro-Marxist, anti-Leninist Socialist who was also imprisoned for her outspoken essays and died under mysterious circumstances.

Bertha Pappenheim was best known as Freud's Anna O, the ur-psychoanalyst.  She proposed to Breuer that under hypnosis she should  explore the origins of her hysterical symptoms.   Her "chimney sweepings" became  free associations.  After she recovered, she was an activist against white slavery, a trade where poor Jewish females (mainly from Poland) were kidnapped and sent to Turkey to be sexually exploited.  She rescued females, taught them useful trades so they could earn a living, and founded the profession of social work.

If I were to add to this quartet of unlikeable ladies (unliked by the male establishment, mainly) I might add Ida Bauer--Freud's Dora.  It is obvious from reading the case history that Freud didn't appreciate her, and neither did any of her subsequent analysts.  By the time she was in her 40's, one analyst found her to be thoroughly disagreeable.

Here is a picture I found of Ms. Bauer:

And here is a picture of me, after years of dealing with the mental health junta (thank you, Munch--it was THE SCREAM). 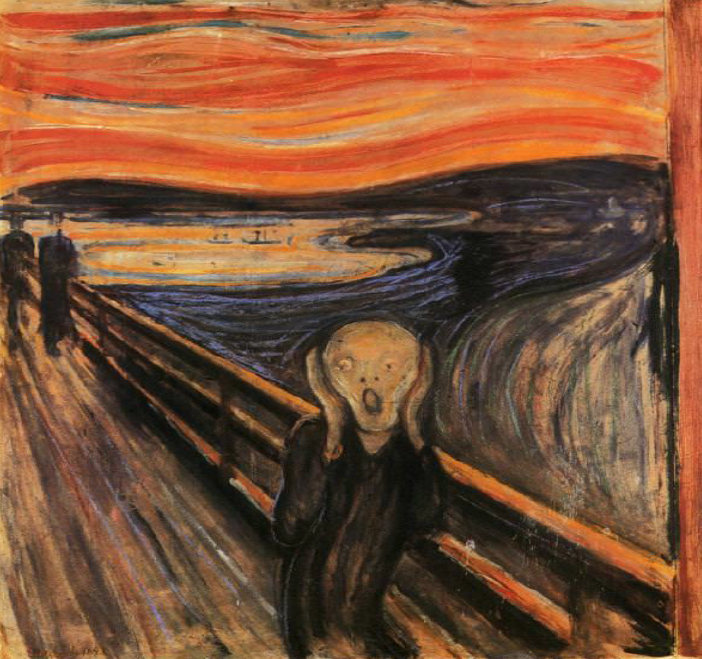 As stated, I am a psychological philosophizer.  I enjoy discussing the unlikely genesis of psychoanalysis.  In fact, I am writing a musical about the multiply triangulated relationships between Sigmund Freud, Sandor Ferenczi, and Giselle Palos.  One of the biggest hitches in my getting it up is this tragic fact:  I am a fair lyricist and a horrid melodist.

Do you find yourself puzzled about the origins of Freud's psychoanalytic duchy?  Here is a song which predicted its demise, based on their incompatible horoscopes.    Was it Oedipus Rex?  Or Diaper Rash?  (Letters after the line indicate chords.  You got to imagine this with music).

Born wrapped up in a caul, the midwife said it best  D/G

His aegis was his intellect and cigars stoked this bull

Several pledged their troth to Freud, received their rings as pull

Gods who rule the sky above laughed at Freud the fool

Freud exalted Oedipus: the emblem of his reign

Hoisted him high by his horns, displayed  like  lovesick swain

“Are you my friend, go look to Oedipus, be free of stains

Would you topple him?  Godspeed and leave, sir, you’re insane”

But Jung  a Leo, to an Aryan playground would mince  D/G

Shrugged Freud, “In league with the devil, don’t complain of fire” or wince. D/G

He carried his own water: ordinal position became his niche.

Oedipus was an only child, should have died after birth in a ditch.

Chatty careless little Rank, “why can’t there be a dozen like he.”

Freud lacked insight— bulls in Vienna would only disagree.

Who can Taurus work with:  why two Capricorns Amin/C

Sachs was a lawyer, Sach’s torts leave none to mourn Gmin/Dmin

Jones gave psychosexual tests,for this from his job was torn.Gmaj/D min

Made pilgrimage, kissed the ring, failed to grab Freud’s horns.Amin/C

But Jones wrote Ferenczi’s obit, and said of his mind he had been shorn. Bflat/D

Freud expelled each infidel,, but if only he consulted their charts

So many violent stillbirths in a movement rocked from its start