Development over my Lifespan 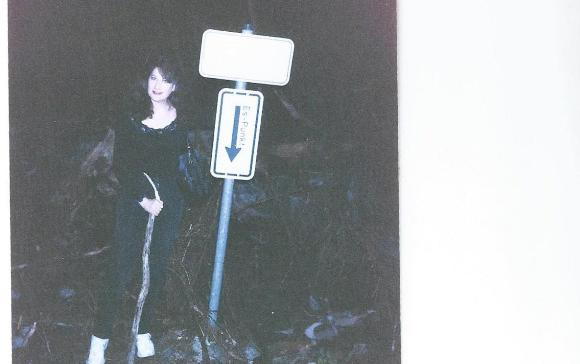 I worry that in my old age I will become one of those NY women who eschew the subway.  These women always give some elaborate rationalization as to why they avoid it, but the underlying issue is usually claustrophobia or panic attacks.  In other words, a sense that they have drastically lost control.  In my case, loss of control.  As the subways become increasingly crowded during non-rush hours, my distaste for stranger intimate contact only increases.  I wonder whether the cattle cars crowded with Jews were as bad.  I fear the loss of my dignity, as I, like them, have to trade human privacy for degradation.  I wonder whether if I had been in a cattle car, I would have jumped out as we went over the bridge and attempted to swim to safety.  I morbidly note to myself that real cattle cars in the US are less crowded, because cows are a protected species and have the right to a minimum amount of space.

I am increasingly uncomfortable in these crowds. I fear stranger danger. I wear sleeved clothing in all weather, to avoid touching a strange, sweaty arm.  I love the winter, so I can keep my hood on and protect my hair.  I fear contracting lice from strangers.  I have given up my seat because I didn't like the hygiene of my neighbor.   Once, a man with big snowflakes of dandruff was sitting next to me, scratching himself.  I got up and went into the next car, as I was grossed out.  I have also left when people were dining on elaborate dinners, heedful of my clothing's cleanliness. I leave if someone looks homeless (toting huge bags, sketchy hygiene, unkempt).   I am increasingly annoyed with the entertainers, especially the acrobats.  I find myself shrinking in my seat, hoping that I'm not the one they will trip over.  And that is not to mention the usual schnorrers, informing us they aren't thieves.  Or the ones alleging to collect food for the hungry.  And of course, the deaf-mutes wanting money for tissues and cards.

It is getting to the point where even smelling the indifferent hygiene of these humans is overwhelming to me.  The stale breath of strangers.  The body odor.  The hair sweat.   And these are just the regular commuters, hoping to get from Point A to Point B in safety.  At this point, I can only hope that I make it to the end of the semester without becoming the front page of the NYDaily News:  "Psycho the therapist goes bananas on the IRT."  I can't risk being that person.  I would most assuredly lose my adjunct job and many of my NY contracts.

What can I do?  Busses don't run from anywhere near my house to lower Manhattan.  There are no express buses to Brooklyn from Manhattan during the hours I would need..  Yellow cabs are scary--I have been in cabs with decompensating schizophrenic drivers who were actively hallucinating.  Not to mention the drivers who hate women.  Or the ones who are driving high. Uber drivers aren't professional.  They rely at best on GPS.  They don't know the territory.  And there is no guarantee that they aren't drunk, high, or decompensating.  Many individuals who are applying for Social Security for Disability claim they cannot be around people or they can't control themselves.  And they are driving for Uber.

Many of the women I know who are too good for the subways walk if there is no alternative.  I could leave 90 minutes early and walk to school.  There is no way I am walking back at 11PM.  Of course, walking 90 minutes is good exercise.  Builds strong backs, as I am usually carrying the weight equivalent of a bowling ball.

I feel bad about my anxiety.   I was not always so fearful.  I used to dive into the deep end of the swimming pool and hang out at the bottom, feeling comfortable swimming from one end to the other. Then, I became phobic about not being able to breathe, so I stopped that.  Subways used to be a thrilling adventure.  Now they are hell's unofficial waiting room.  I wish I had someone to talk with again But I know that is a chimera.  No matter what I pay, I am still judged.  I want someone who thinks I am a gosh darn good person.  Apparently, I must be despicable.   My money is no good.