The Mysterious Affair at Ruppert Towers 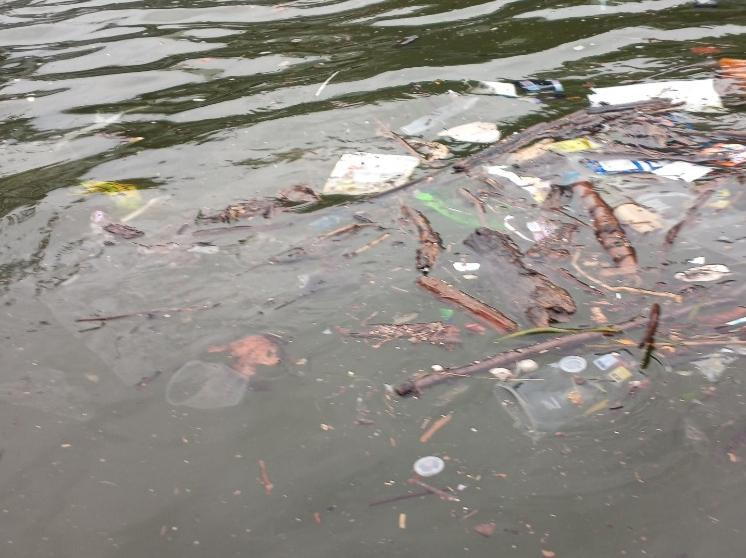 Short, stout, suspicious,  Nancy McGill left Ruppert Towers pulling her rollie with laptop attached on Thursday October 21 at about 9PM.  Although not the most auspicious time to go for a post-prandial on the Upper East Side, it was her wont to do so.   She is a free-lance editor and usually she walked over to the Whole Foods, where she has a snack and works at their mezzanine eatery.

Nancy had prior been a nurse, and still worked occasionally as a baby-minder for families in the complex.  Another neighbor promised to leave a bag with Enfamil samples on her door knob.

The samples still hang in a plastic bag on the doorknob, undisturbed.  The door is locked.  No smells emanate from within.  No sounds.  The last time anyone saw Nancy was October 15, 2021.

Nancy is one of those women who know everyone in the building.  And their private business.  She is often trusted with the keys so that when the owners are on vacation, she can water the plants and feed the pets.   She is a devout member of the local Catholic church and has led tours of Israel for them.

But does she now sleep with the fish? Nancy does not have a history of disappearing.  When she leaves to visit her family in Scotland or to give tours of Israel with her church, she tells people that she will be gone.

This is not a case where no one notices and no one cares.  People have knocked on her door, dialed her phone (disconnected), had the concierge buzz her apartment, and (in my case) e-mail her about their concerns.   I also e-mailed her brother in Scotland.   We have all been ghosted.  Is she one too?

Given how much time has passed and no odors emanate forth from her apartment, she is probably not there.  The bag still hangs though.  I am so used to seeing it there that I don't even see it any more.  It just blends into the background.

I saw the mailperson today.  I asked about the status of her mail.  He said her mailbox was "stuffed full."  He doesn't understand how the building isn't going into her apartment.  I said they had knocked on her door, phoned her, (disconnected), buzzed her apartment.  No response.  There is no smell emanating.   As long as her rent is paid up, there is a limit as to what can be done.

I thought--maybe I should call around to the hospitals.  But I am no kin.  I doubt they would tell me if she was there.

I thought--maybe I should file a missing persons report.  But she is a full-grown woman.  She has the right to disappear if she wishes.

I wonder if she has autopay for her apartment rent.  (I know she rents and didn't buy when the conversion was in process twenty years ago).  I know she is no longer in the reduced rent program, where she would pay $600/month for the small studio.  Now that she is considered a market rate tenant, her rent for the studio is about $1600/month.  I know she was considering a bigger apartment on the West Side for about the same rent.  I wonder if she took the apartment and just decided to leave the wrong way.

Or is she?  Perhaps she is involved with a man whom she is not ready to go public with.  Are the remains found in the Bronx, the remains rotting for weeks, the remains not noticed until maggots dropped into the apartment below--is one of the corpses her?  No, they have been identified as not Nancy.

Or is this like the child snatchers of Chitty-Chitty Bang-Bang?  Yesterday, I learned of a nurse who went for a walk, leaving his spouse.  CCT shows him leaving the building, hesitating about choosing a direction, then walking away.

Yesterday was also the day the plastic bag hanging on her door disappeared--taken down by Nancy?  Or by the neighbor who placed it there last month?

I thought  knew a lot of things about Nancy.  But maybe I knew less then I thought I knew.  Maybe she is our Bilbo Baggins too.  Off on a new adventure.