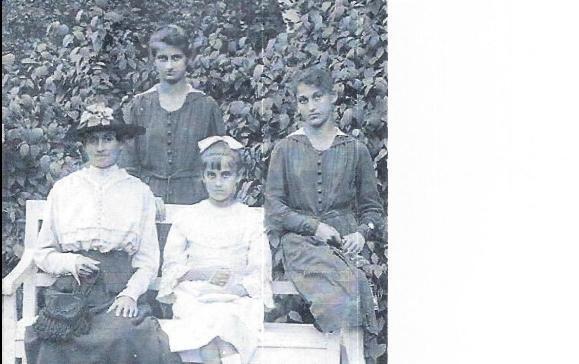 My mother is an invalid.  What a word.  In.....valid.  Not cogent.  Not having a sound basis.  Not my mother.  She is an anxious head in a body that is dysfunctioning.  She left me six years ago, on the death of my father, leaving a body behind that was useless.  My father is a dybbuk and my mother is an invalid. Everyone is convinced she is helpless.  I am not convinced, and we are locked in a malevolent duet of psyches, with her introjecting projecting identifications into my soul.  What a term.  That means, she is in denial of her negative affects--her depression--she states, "I'm not depressed.  I'm lonely."  She "just wants to get out of here."  But won't express any thoughts of a plan to do so, relying solely on her wound care doctor, who makes Dr. Frankenstein look competent and foresightful.  My mother is planless.  She refuses to plan for even a day in advance, let along a week.  She does what she is told. So, every two weeks she goes to see Dr. Woundcare.  Every two weeks he announces it is "slightly better" and tells her, "come back in two weeks."   So her depression and helplessness are denied, and projected into me.  I feel her Dickensian childhoood--her infancy in the hands of indifferent kin.  I'm not sure she is helpless.  But she makes me feel helpless.  The latest--my brother went to a Medicaid talk and met some sort of death planner.  I talked to her and told her of my travails to visit.  She suggested a car service, for which my mother would pay.  My mother refuses.  She doesn't want me to visit.  "It's not worth it for an hour to come and stare at me."  Well, at least that is consistent.  When she was my mother and lived in Crystal City, she was always complaining about my "run-in visits."  I can't sit in a room for 8 hours and just listen to my mother.  She resents if I leave (I sometimes was taking courses at the Washington School for Psychiatry).  She resents my going out to the mall, or wanting to take in a movie.  I kept telling her, "No one who visits their parents sits with them for 8 hours."  They go out.  They take in a play.  They go shopping.  They go sight-seeing.  Or they visits old friends (if they still have any."   Now, I guess she turns my very words against me.  She refuses the expense.  She makes me the helpless one--here is a way to deal with visits--no, she refuses.  The power of no makes her able and renders me helpless.

Now I  understand LOTR better.  Frodo was never my favorite.  But I feel like Frodo, trudging up Mt. Doom, living a waking nightmare.  Though Sam may be at his side, wanting to help him ease his burden, Frodo knows that know one can ease his burden.  He has agreed to cast away the ring and he will see it through, though his soul is simultaneously destroyed.  Everything is gone, all memories of joy, the Shire.  Everyday is just another agony, where he has to muster his body up the slope.  But at least he has his Sam.  He is not alone.  I am alone.  I am overworked, underpaid, and unappreciated.  No one says, "Thank you."   A thank you would be like having a Sam--a caress, a companion, a help with my burdens.  But that isn't going to happen.  I wanted a companion to help me with this emotional burden and so found Littletree, who renounced me.  I was not Frodo enough, not Christlike enough, I suppose.  I was supposed to mourn my mother in a way that he found acceptable.  He put his mother on Medicaid and I am supposed to accept that path.  He could not hear me.  He could not even listen to me.  I really hate him.  I am totally alone and every day I'm a little bit older and deeper in despair.