Not thinking about the children in Pediatric Oncology. Still 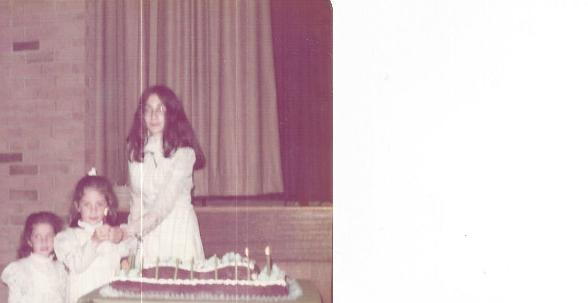 I was at a forensic conference today and one of the presentations dealt with risk management.  The psychologist urged us to pay attention to patient dissatisfaction and complaints, as it could be a omen of malevence yet to come.  You'd think someone like Littletree would have taken something like this to heart, as he is the director of a big-shot therapy clinic--after all, I was clearly unhappy when I left the last session, his imprecations still resounding in my ear canals.  I was clearly unhappy when I left him a voice message terminating my treatment, stating I "no longer felt safe" in his office--to which he texted a terse reply.  Wouldn't it be nice if he behaved, if only to sleep better at night, with a clear conscience?  Alas, it is not to be.  He sleeps the sound sleep of the smug so-and-sos.

And why, dear reader, do I bang on about the events of 2017, when all around us is chaos and ruination?  Why not think of those who lost their lives at the Tree of Life synagogue last week?  Well, to tell you the truth, having grown up in Unfunky Scummedrine, anti-Semitism was a quotidian event, barely rating an eyeblink.  To be sure, there was no gun violence.  But I knew, deep in my bones, that it was there.

Every conscious hour of my waiting life, my Brooklyn mama warned me about the "goyim."  Even the "nice ones."  They are "always looking for the horns."  And few were nice.  Most were "proste goyim" common ones.  And I can remember as far back as age   3.

One of my earliest memories was guilt and shame.  I was 3.  My uncle Al and my grandfather were visiting.  My parents, brother, the relatives, and myself were going somewhere in the car.  Seventh Day Adventists were roaming the neighborhood that day, going door to door, handing out white balloons and trying to win souls.  My parents sent them away.  My parents were all but ready to go, and sent me out to wait by the car.  One of the Adventists, still on the street, saw me and wanted to give me a balloon.  I refused, but he pressed it into my hand.  I was embarrassed, ashamed, worried my parents would disapprove of my even having a balloon from a contaminated source, a proste goy seeking the elimination of the Jews.  I immediately released it and watched it float up in the air, not vanishing as quickly as I might like.  When my parents and uncle came out a few minutes later, they saw it floating, and my uncle made a comment about the Adventists and the escaped balloon.  I felt worried--did he see me accepting the balloon?  What had he witnessed.  Would he tell my parents that I had released the balloon?

Then I started school.  There was one year when every time a Jew walked by, some goyische child would throw pennies at their feet, commanding, "pick up the penny, Jew."  I always ignored them, feeling helpless.  What was the best response.  When they threw the pennies at DR, a Jewish boy in my school, he laughed, stooped, picked up the pennies, and pocketed them.  Was that the better response?  Was that the worse response?  Who knew.  No one talked about these episodes.

In 8th grade, I was in Science Lab with my class.  We were all gathered around the lab table as Michael Polinski's father, a scientist at RCA, demonstrated an audiology machine, a machine that recorded and showed individual's vocal sound waves.  Everyone was oohing and speaking into the microphone, curious about what their individual wave would look like.  Not me.  Don't forget--shy, quiet me, the thin, figure one girl with the long hair flying loose, hiding her face, already engulfed by glasses.  The Spanish teacher, an African-American man came into the room, as he could see from the hallway everyone gathered around the lab table and the excited hubbub.  He too was enraptured with the machine, saw my holding back, and hissed into my ear, "Why don't you say something in Hebrew, Elvira"  Elvira was the name he gave me for Spanish.  Don't ask.

I couldn't believe what he said.  It was a private communication.  No one else was privy to it.  I had been taught that African-Americans and Jews were comrades, both having suffered slavery, prejudice, and bigotry.  I never had any interactions with him, save for Spanish class.  I was shy, quiet, but always prepared.   I did well on my tests and always did my homework?  Why did he say that.  I never told anyone about that.  I didn't tell my parents.  Why upset them.  I didn't want to make a federal case about this.

In high school, SW got into a fistfight with another boy who called him a "dirty Jew."  Both got suspended (it is wrong to respond physically to an insult--hence, the double suspension."

Even so called friendlies taunted me.  One day in 7th grade, several girls who I thought were my friends started asking me, "why don't you have your nose done."  They made some other comments about my Jewish appearance too.  I ignored them too, but I shocked.  Mother was right.  Proste goyim. Another girl, insisted to me that "Jews were buried standingup, so they reach heaven quicker."  She wouldn't listen to my denial, though I had actually attended a few funerals by that point and she never had.

Even at Binghamton, there were anti-Semitic incidents.  Yes, the school was mostly Jewish.  But the laborers weren't.  A cafeteria lady is alleged to have shined up an apple, put it back on a girl's tray, and said, "There you go, shiny as a Jew's heinie."  What?

No one ever talked about any of these.  But there it is, throbbing away like a low-grade headache on a daily basis.  So what happened in Pittsburgh was sad, but not shocking.  And that's why it doesn't rate a separate post.