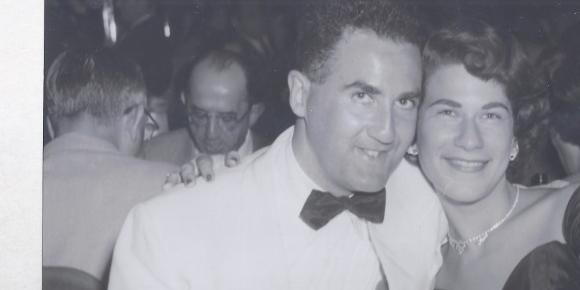 In the waning hours of the evening of June 13, 2022, my mother finally passed over.

And I am numb, amotivated, and lonely, except for the moments when I realize I don't have to be home at 10 to call her.  When I realize there will be no one else so interested in my daily minutae.  Then I plunge into a very dark abyss indeed.

It takes me hours to put on clothes.  What's the point?  Do you see any?  I sure don't.  If I leave the apartment, I am weeping by the time I'm on the elevator.  Elevator.  How ironic.  Nothing elevating about the passage.  I would be better off trudging up and down 23 flights.  I would be too winded to even think.

I lay down to sleep, overcome with fatigue and weariness.  To dream not.  To awake after 3 or 4 hours and not be able to find comfort. save to get up, make the bed, and not dress.

How should I feel?  My mother is irreplaceable.  No one will ever love me the way she did.  Unconditionally, openly, unabashedly.

"They give birth astride of a grave...the light gleams an instant, then it's night once more."  Beckett.

Existentialism may appeal, but LOTR has always been my touchstone.  I started rereading this trilogy last week, when I realized we would be counting my mother's time in weeks, not months.

LOTR is a rather barren trilogy.  There may be maps of the Shire and of the realms of men, but no guides to bereavement.   Merry has a father.  Merry has some Oedipus complex.  Always looking for a better daddy.  Those exchanges with Theoden--"like a father you shall be to me."  Why?  Pippin's father is the Thain.  Sam's father is the Gaffer.  There is Ted Sandyman and his father.  Where are the mothers?  Where are the sisters?  Apparently long gone and little missed.  It's not until the very end that we learn Sam has a girlfriend whom he forsook to quest.  In  Rohan, Eomer and Eowyn are orphaned and the wards of King Theoden, childless.  Gondor has the good steward with his two sons, Boromir and Faramir.  Well, at least we know why Minas Tirith is waning and "too few children" are born.  Makes Eowyn's taunt to Faramir less of a jest--"and shall they say that there were no women in Minas Tirith good enough?"  Damn straight sister.  Clearly she wants to get away from Rohan--and daily facing the trauma that was Wormtongue.

This is why I was always a little uncomfortable with LOTR.  No Jews and fewer women.  Clearly, the women are not interested in being accursed with nursing.  Eowyn makes it very clear she is a shield-maiden (and knows how to get what she wants--if the King won't relent, just dress up like a dude and grab a horse and follow the action.

I am neither in the hobbit community nor in the Jewish community.  Apparently we send out death e-mails now.  A lot of hooey "may you be comforted" responses.  Comforted?

Or even worse--may you be comforted texts.  Texts!

My mother was visited in her final four months by all the abuse she experienced in her first  four years.  I hear her moaning, "What did I do to deserve this" in my ears.  And what could I do? I e-mailed her social worker.  She chose not to believe me.  She told me when I complained of the full-time aides she hired to care for my mother, "Oh, it's her culture."  She made excuses for her.

In her final months, an aide caused her shoulder to fracture.  Then she got infections and discomfort.  She was no longer even to feed herself or use the telephone.  She needed 24 hour care.   Her first aide, Brutal Betty the Beast,  would not help my mother with the phone when she called me.  My brother got her an Alexa phone so that she would need less help.  She still needed help.  She positioned her mouth too far away.  Her vocal muscles were deteriorating and she sounded very mushy.  Brutal B the B yelled at her cruelly.  My mother would beg--"Please help me.  Please help me.  Please help me."  She moaned "What did I do to deserve this?"  She sounded like she was sobbing.  When I complained to the care planner, she claimed mother liked B the B just fine, that what I heard was just B's "culture."  Afterward, B was even ruder to me.  There was clearly nothing I could do.  If I reported these people to some state agency,  they would visit my mother and question her.  My mother most emphatically didn't wish that.  She knew--they would leave and then it would be the worse for her.

But it got worse anyway.  My mother developed pressure sores--even though she had f/t aide.  My mother became incapable of conversation.  The mushy mouth.  Then, such anxiety that all she could say was, "What day is today?  What day is tomorrow?  Did you go for your swim?  Did you wash out your swimsuit."  Over and over again.  Every night.  Fortunately, after a month, brutal B "needed a rest."  Personally, I think brutal B quit so that she could be eligible for SSD.  "See, I tried to work but I can't."  Or maybe she violated her parole.  Or relapsed on drugs.  She was replaced by Muume the Mummy.  Muume was little better.  She didn't help my mother with the phone.  I could hear her yelling in the background, "Talk to your daughter."  Mother was clearly on a downward trajectory.  She was eating less.  She was called "anorectic" (which is a psych disorder) as opposed to "cachetic."  Her sarcopenia accelerated.  The drug loving doctors gave her Remeron (because the side effect is weight gain--not the same as increased appetite)  She became delusional and agitated on this.  It took at least 2 weeks to get her off this drug.  The pressure sores became infected and septic.  She was feverish.  Her last two weeks, she was only capable of moaning incoherently.  She couldn't communicate.  Her infections were spreading.  She was placed in hospice care and drugged.  Just like her childhood, cared for by indifferent aunts.  Everytime she opened her mouth they stuck a cookie in.  If she was upset, they turned the vacuum on because the noise frightened her.  The summer before she began kindergarten, her father and she journeyed from Brooklyn to Miami.  He brought her to a grandmother.  He told her he'd be back soon.  He came back right before she needed to get ready for school. Years later, she said to him,"Why didn't you tell me you'd be back in two months?"  He was afraid she would "get upset."

She stopped calling  I started calling her.  Finally, the aides told me she was "sleeping."  I tried calling during the day.  Sleeping.  I didn't know what to make of it, but I realized then she was transitioning to some other realm.

She wasn't in a nursing home by the way.  She was in assisted living.  They drained her to the last drop of her money.  And when she was tapped out, fentanyl patches and morphine to "keep her comfortable." And uncommunicative.

I began to realize that her days were coming to an end.  I planned to hire a car and visit her on June 14.  Late in the evening of June 13,  (my brother's wedding anniversary--that's how you know she was totally out of it) she gave up the ghost.

How shall I live my life now? I can't plan any future anymore.  All I see is my own income outgoing, holding on to my home with my fingernails, and then death claiming me in some unknown place, in some unknown way.  Friendless, forsaken, forgotten.  My accounts drained until they can no longer autopay, then collection agencies trying to get me to give up my ghost.  And then, when the accounts are drained, perhaps building management will open my door and find my dessicated remains.  I'll be a 9 days wonder.  "A stride of a grave and difficult birth, down in the hole, lingeringly, the grave digger puts on the forceps." Beckett.

Or, as Pope said, regarding who will mourn him, "And Arbuthnot a day."  Not a day.  Get it?  Arbuthnot was his bff.

I, like she, am not sitting shiva.  I can't stay in my tiny apartment.  No one sends me cooked food (not frozen  food that someone doesn't want--I keep telling people--I can't turn on the oven.  I have never owned a microwave.  I think they are soulless and of no use, unless one has children--apparently, they are not taught to wait anymore).   I can't even boil water for tea.   No one even makes sure I have a glass of water to rehydrate.  I tell people I need a driver to get to her assisted living and go through her bits and pieces.  They tell me about the NJTransit.  I just get infuriated by my Job's friends responses.  I have taken subways, trains, buses, and ferries in innumerable foreign countries and American cities.  The days when I cried and wept on public transit are over.  Not to mention the hell hole that Penn Station has become.  Not to mention NJ is for cars, not mourners.  Everything is off a multilaned freeway.  Not a place for someone who is Niobe-stricken to cross.