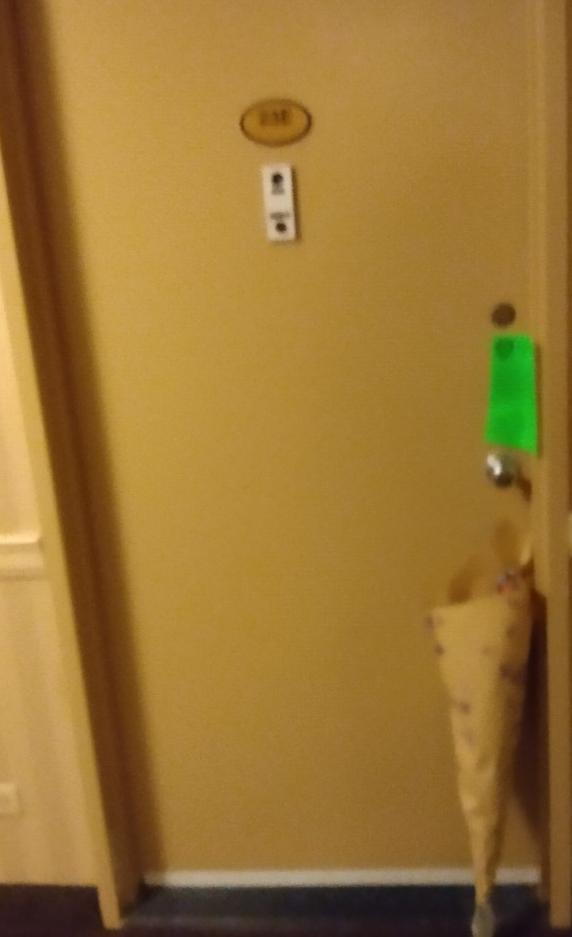 Well, those of you who read the last post may have guessed at the quotidian ending for the mysterious affairs at Ruppert Towers:  Nancy fled town ahead of an eviction.  Or that's what I thought.

Two weeks ago, I left my apartment and saw a thick sheaf of papers laid at the entry.  Of course I read them.  The first notified Nancy that the eviction process was beginning--she hasn't paid rent since August.  It listed the sum of what she owed--a very little amount in the scheme of things, dear reader.  I could have loaned her the amount.  Any number of her neighbors could have.  She could have applied for the one-time relief for renters.  At least she would have left with dignity.  Now, if she doesn't return, her credit is ruined.

Where can she go--you can't make a travel reservation without valid identification. If she flew back to Scotland, she'd have to show a valid passport.  An ordinary person, one who doesn't utilize resources to pay a slight debt would not have the resources to make a fake passport.

Several of us think she is back in Scotland.  Again, unless she has resources there, sooner or later management will track her down.  They will enter a summary judgment against her.  Her apartment will be trashed, then renovated, then rerented.  And no one will care.  That will be her conclusion--she fled as if she were a criminal.  Or maybe she really is this century's Bilbo Baggins.  Will she also return with a hoard of mysteriously obtained wealth?

But she isn't a hobbit.  She was just a lonely social isolate who was a poor problem solver.  Yesterday, her family flew in from Scotland, concerned that she hadn't been in touch.  No matter how estranged you think you are from your parents, still--if you are a gentile, they always expect a Christmas miracle, I suppose.  Anyway, they got into her apartment.  And found her body.  Moldering for at least 2 months.  Surrounded by her papers.  I was surprised there was no smell.  Perhaps she tripped in her shower, and died in her bathroom.  Perhaps, like my grandfather, she came in, couldn't catch her breath, sat on the toilet, and passed away.  I heard the litter of papers was so thick that they aligned over the door.   And filtered the smells?   Why?  The final mystery--cause of death.

Death takes all.  And depresses all.  Will that be my fate too?  Only, thanks to the magic of autopay, I think I can go on paying my maintenance for about a year.

Let be be the finality of seem.

The only emperor is the emperor of ice cream.