It is better to travel hopefully than to ever arrive 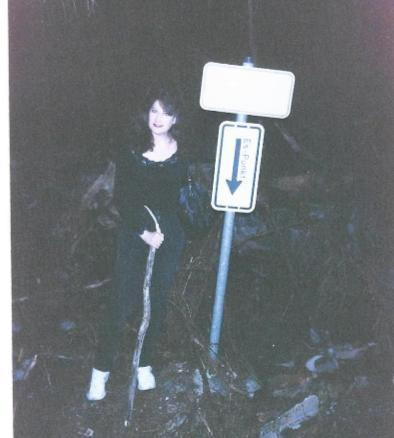 The droghte of March hath perced to the roote

And bathed every veyne in swich licour

Of which vertu engendred is the flour

Inspired hath in every holt and heeth

....hath in the Ram his halfe cours yronne

And thus, Chaucer finds himself at the Tabard on the day in April, seeking traveling companions.   No one wants to travel alone, though the weather becomes quite fine and temperate.  Sure, there are the April showers, but they are sweet.  The winds are more moderate.  The flowers bloom, the birds sing, and I too long to go on pilgramages and seek stranger shores.  Even in the 15th Century, the group rate was more favorable.  People banded together for companionship, for safety, possibly for sex.

I want to go somewhere.  I want.  I want.  But not by myself.  I have travelled in groups by myself.  I have traveled alone with myself.  What is the point.  If I am not good enough company, I cannot escape myself.  I am not comfortable in my skin.  I feel awkward by myself.  I know it is not true, but I believe everyone is looking at me, wondering what sort of monster I must be that I am alone.  And even if I can ignore that discomfort, ultimately, I don't feel I can take care of myself.  Yes, I can book a flight, get a hotel room, pack a bag, get to the airport.  I can mind my ADL's.  But, much like a bookworm going through a book, a solo traveler is brought up short by the unplanned imponderables.

As a bookworm, wiggling through novels, I often came to an uncomfortable pass.  Almost every medieval or Renaissance book inevitably has the obligatory anti-Semitic canards.  In Chaucer, one of the tales rehashes the Jews poisoning the wells nonsense.  And the entire Jewish ghetto is punished.  In Shakespeare, the only happy ending is the conversion of the Jews and the marriage of Jewish women to Christians, and the future baptism of their babies.  Dickens can be so ugly.  Thackerey is nuanced, but even so, discomfort.  I would read these books and not know how to care for myself, let alone my people.  So I avoided the topic.  When I had to write papers, I avoided any of the anti-Semitic tales (several).  Ditto Shakespeare and Dickens.  Something which evoked such hostile passions in me would never result in a good literary essay, for which I would receive my easy A.  Don't let the anti-Semites get your GPA down.  Tolkien was a relief.  There were no Jews in LOTR.  Only in my mind, were the Tooks Jews.  Was the one ring a metaphor?  Much like religion, the ring only brings disharmony, disunion, dispute to all who touch it.  The object of the ring is power.  All who fantasize about holding it and claiming it want to use the power for good, only to deteriorate into  malignant narcissists, their visages aging into hideous skeletal forms, eyes ablaze with greed.  All is for me, and me alone.  Just like all religions.  There is a power hierarchy--not to be questioned--based on a belief that a sacred text was written by G-d and G-d alone, a masculine energy.  G-d's compassion is always elided over--no one ever mentions the passage in Exodus, where the angels are rejoicing at the destruction of the Eygptian army and G-d forbids such revelry, for they are his children too and their deaths grieve him.  Friend or foe--such artificial distinctions, if we are all G-d creations.  G-d's power is absolute (not Absolut).  If G-d says leave and don't look behind--don't.  If G-d says take your son and sacrifice him--Lech lechem. If G-d makes bets with Satan and you are killed to see if your husband or father denounces G-d then, so accept that you, a female, are a bagatelle in the hands of a curious G-d.   It is the same with the power of the ring.  Once you claim it, you know no mercy, no negotiations, no compassion.  You become a lidless eye, with no brain, no heart.  Awareness without understanding.  Sight, but no insight.  Images without impulse control.

It is similar in my travels in this more mortal realm.  Knowing that people are strange, and you're the stranger,  I take off all identifying markers, such as jewelry. Someone always wants to know where my people came from.  If I don't know them well, I avoid again.   My father's parents were from Romania; my mother's mother from Poland.  I don't want to talk about Jews.  Again, I don't know if I can take care of myself in this conversation, let alone the entire race.  Why is this one small aspect of life such a fetish?  Religion does not bring out the good in anyone.  That is why traveling in Israel is such a relief--I don't have to worry, I can wear my jewelry, I am with my landschmen.  I don't believe in G-d, but I believe in Jews.